Asante Kotoko could be on their way to achieving a major feat in continental club competition if they go past Etoile du Sahel in their CAF Champions League clash in the Tunisian city of Sousse on Sunday, September 29.

However, this evening at the Berkane Municipal Stadium, AshantiGold (Ashgold) face a difficult encounter with the home side, RS Berkane, who will seek to overturn a 2-3 defeat at Obuasi two weeks ago to progress to the next round of the CAF Confederation Cup.

Berkane, defeated finalist of Africa’s second-tier competition last year, go into the match with two important away goals and could progress at the expense of the Ghanaians with a slim home victory.

For Kotoko, who head into the return leg with a two-goal advantage after defeating Etoile 2-0 in the first leg encounter at the Baba Yara Stadium in Kumasi, they need to avoid a heavy defeat to secure a spot at the next stage of the competition.

With so much at stake in tomorrow’s encounter, Kotoko’s management  has dangled a hefty cash incentive before the players to motivate them further to eliminate the North Africans from Africa’s premier club competition.

Speaking to the Mirror Sports ahead of the game, the PRO of Kotoko, Kennedy Boakye Ansah, was optimistic that the financial inducement would help the team defeat Etoile to progress to the group phase of the Champion League.

“The CEO, Dr Kwame Kyei, has put together a mouth-watering package for the players and I can tell you that it is double of what they got when they beat Kano Pillars,” the Kotoko spokesperson stated.

Kotoko are not new to playing teams from North Africa and have often showed their class,  but this time around Etoile du Sahel are determined to capitalise on their home advantage to overturn the first leg defeat and to ensure the Porcupine Warriors crash out of the competition.

Kotoko’s coach, Kjetil Zachariassen, will be without his influential striker Songne Yacouba after the Burkina Faso star was dropped from the list of  the 18-man squad that made the trip. 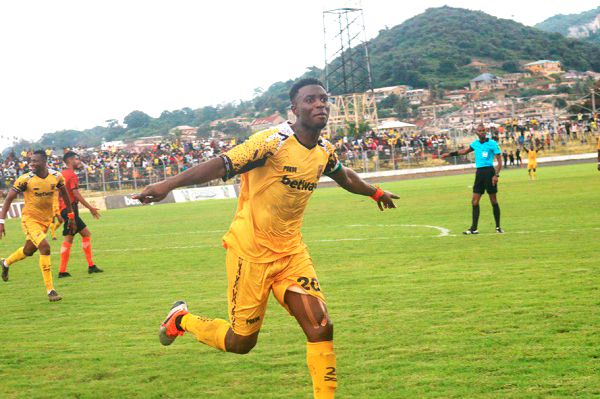 Nonetheless, the Norwegian trainer can rely on the attacking duo of Naby Keita and George Abege, with evergreen midfielders, Jordan Opoku, Augustine Okrah and Emmanuel Gyamfi likely to provide support from the midfield.

Kotoko will be hoping to capitalise on the managerial challenges facing their opponent to beat them on their home ground.

Etoile recently  fired their coach, Faouzi Benzarti, following a series of poor outings, and this could affect the team which must quickly adapt to the instruction of their new manager ahead of this epoch clash.

The Tunisian club have suffered five defeats, a draw and a win in the last seven games in all competitions, forcing their management to part ways with the veteran manager, but the 10 times Tunisia league champions are looking to  surmount the challenge without a substantive coach.

For Ashgold, they can draw inspiration from their impressive 1-1 draw with Akonangui FC of Equatorial Guinea during the first round to put up another strong away performance against all odds to make it to the group stage of the competition.