The Sagnarigu municipal assembly has on Tuesday 16th August, 2022, launched a municipal-wide sanitation sales bazar to help improve the sanitation situation in the area.

The Bazar which seeks to address and  improve on the sanitation and hygiene practices within the Municipality, brought together stakeholders in the sanitation sector, the chief and his kinsmen and members of the community.

In an address read on his behalf, the Sagnarigu  Municipal Chief Executive (MCE) Mr. Ahmed Yakubu Mohammed noted that the  bazar seeks to provide enabling environment for all sector players and development partners to sell and educate the public on available sanitation products and services. 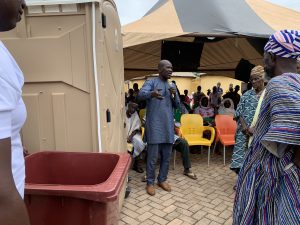 It also aims at giving opportunity to the public to access and use sanitation and hygiene products and services for the practices of basic sanitation at the household level.

It is in this light that Catholic Relief Services and Global Communities decided to partner the Municipal assembly to bring to the people avail sanitation management options suitable for every pocket for patronage.

In an interview with FiilaNews, Mr. Timothy Akanpabadai-Head of CRS In the Northern Sector indicated that Sanitation situations in Tamale metro and Sagnarigu municipal has always been ranked low, causing a major health risk to citizens. 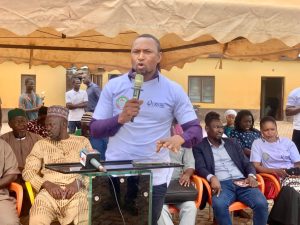 He believes that if citizens change their attitude towards  indiscriminate disposal of waste and open defecation, it will help enhance our financial stability situation.

Mr. Akanpabadai is thus calling on the assemblies to own the process and change behavior pattens of people in the area and as well punish people who break the sanitation bylaws to serve as deterrent.

Garzhe-Naa , Alhassan Yakubu Andani on behalf of the SagnariNaa charged households to patronize these sanitation products on display at the Bazar to improve their wellbeing and  practice proper sanitation to boost the position of Sagnarigu on the league table. 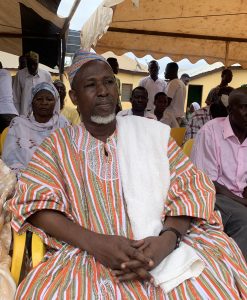 He called for an end to the indiscriminate disposal of refuse and open difecation practices inherent in the area for the past decades.

Garzhe-Naa Yakubu Andani has meanwhile tasked the municipal assembly to liaise with the chiefs to drum home the need for proper sanitation practices in the area .