According to him, the examining body of the law students cannot put all the blame on the students and get away with the issue of the 93 per cent failure it recorded in the recent exams.

Out of the over 1800 students who sat for the 2019 GSL entrance exams, only 128 passed, which represented seven per cent.

Commenting on the development when the leadership of the Ghana Journalists Association (GJA) called on him at his office in Accra on Thursday, October 31, 2019, Mr Rawlings said such incidents [mass failures] could destroy the future of the youth, and “by destroying merit, you are killing the fire of idealism in the youth.”

He said it was worrying that the aggrieved law students in their demonstration to protest the mass failure were faced with water cannons and rubber bullets by the security agencies.

According to him, “We are behaving like we don’t use our brains well” as a nation, looking at how some things are done in the country. 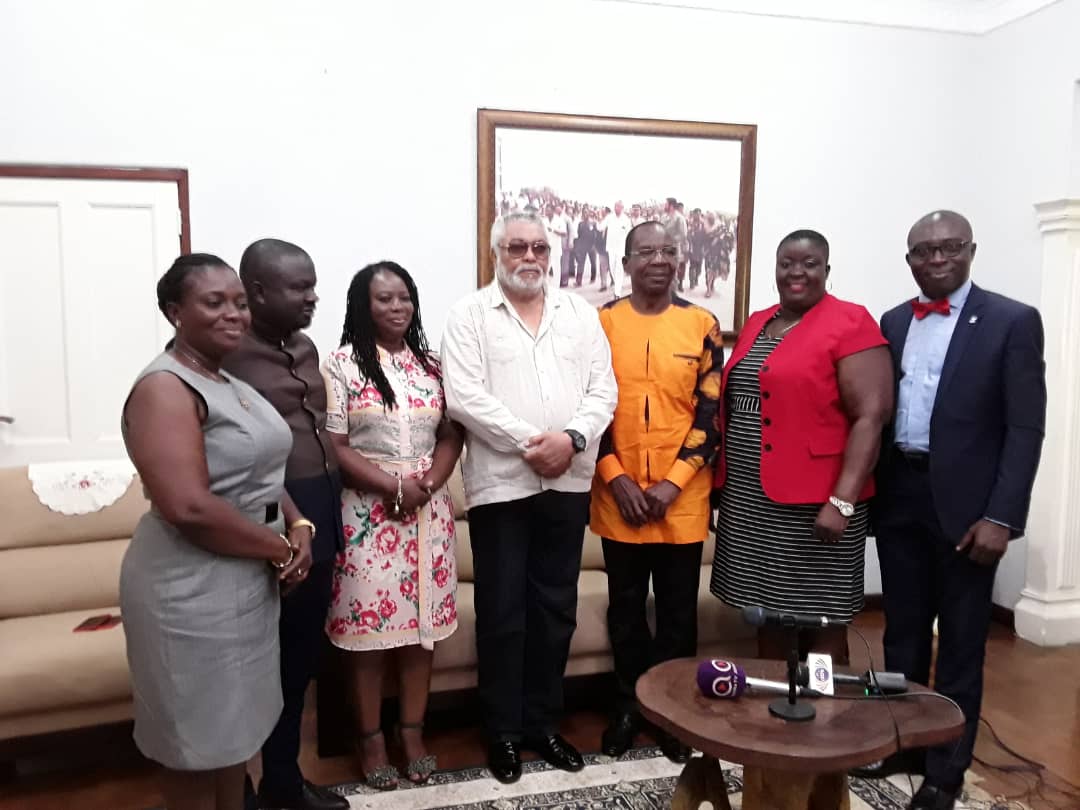 The GJA leadership was in the former President’s office to invite him to the association’s 2019 awards and 70th-anniversary celebrations, to solicit his support for the safety of journalists in the country and to tap into his fountain of experience as to how to have a thriving journalism industry in the country.

Touching on the media, Mr Rawlings said the media industry in the country has gone bad, stressing, “things have gone so bad.”

According to him, the practice where politicians and businessmen are the owners in the media landscape makes it difficult for journalists to hold such persons proper account.

He said politicians and businessmen are “now owning your [journalists] voice,” and urged media practitioners to find a way to deal with the challenge.

“How are you going to fight them? I don’t know but you have to try. You have to work hard at it,” he said.

Mr Rawlings said it was wrong for anyone to attack journalists, noting that journalists played a critical role in the development of any country, particularly the country’s democratic governance.

He also encouraged journalists to be bold in speaking the truth at all times, without compromising on integrity for anything.

He said it was only when journalists made truth and integrity their hallmark that they could contribute to the development of society.

I don't issue permits for developers - Kufuor to Rawlings