As the Conservative Party leader Boris Johnson steps over the threshold of 10 Downing Street later on Wednesday, no doubt it’ll be Brexit that will be uppermost on his mind. But what is he thinking about this continent?

There may be some clues in what he has written about Africa.

following a visit to Uganda he wrote that the “problem [in Africa] is not that we were once in charge, but that we are not in charge any more”.

In the same year, he wrote in the Daily Telegraph that the Commonwealth supplied the Queen with “regular cheering crowds of flag-waving piccaninnies”.

In 2016, he wrote in the Sun newspaper that then-President Barack Obama had an “ancestral dislike of the British Empire” because he is “part-Kenyan”.

Mr Johnson is never shy of the colourful phrase but when he gets into office, he’ll be focused on the practicalities of a post-Brexit Britain, and that will include doing trade deals with African countries.

When it comes to African heads of state, some already welcomed his election as leader of the Conservative Party on Tuesday.

Zimbabwe’s president wants to build “ever closer ties between our two nations”:

Congratulations @BorisJohnson on your election as leader of the Conservative Party and on becoming Prime Minister of the UK. I wish you good luck for the journey ahead, and look forward to building ever closer ties between our two nations under your leadership

And in a similar message, Ghana’s president looks “forward to working with him”:

Warm congratulations to @BorisJohnson on his decisive election as the leader of the @Conservatives and Prime Minister of the United Kingdom. Best wishes for his success, and I look forward to working with him to strengthen the already strong ties between our two countries. 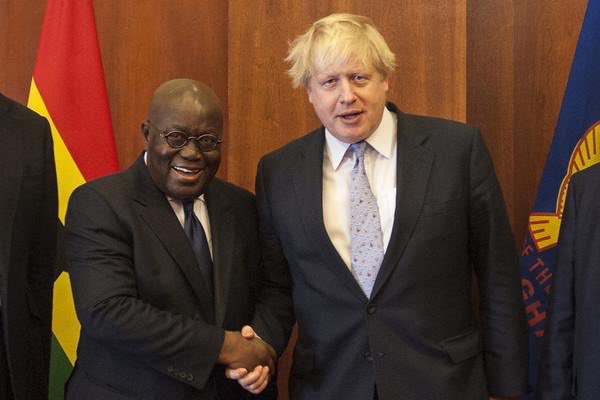