Public transport fares have been increased by 10 percent. The increment will take effect on Monday, September 16, 2019.

The statement said the increase is “to accommodate predominantly an increase in fuel prices.”

The increases were brought on by the mid-year budget review and subsequent Parliamentary approval which saw an upward adjustment in the Road Fund Levy (RFL), the Energy Debt Recovery Levy (EDRL) and the Price Stabilization and Recovery Levy (PSRL). 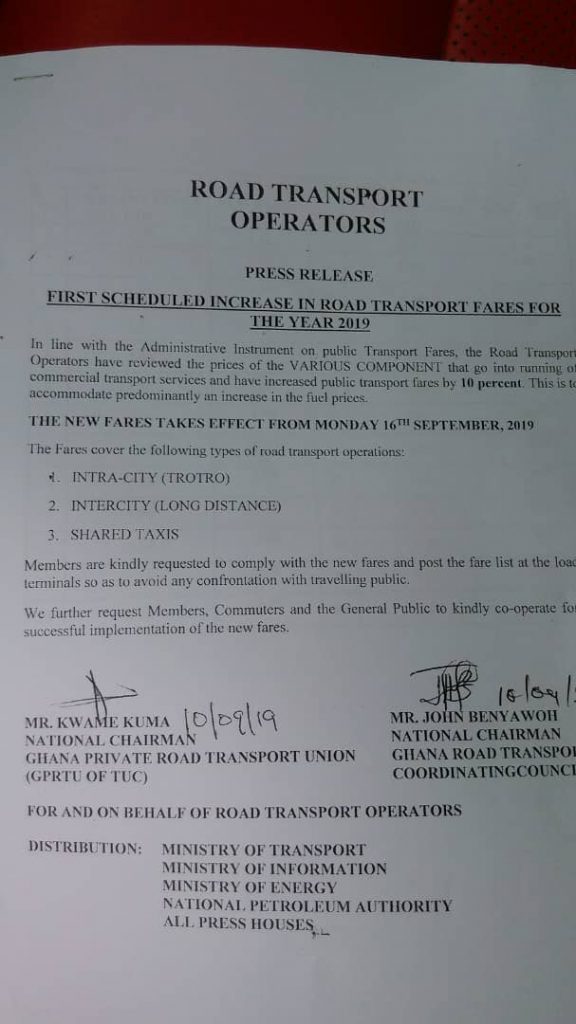 As a result, drivers and transport union members started agitating for an increment in transport fares.

Transport fares were last increased by the GPRTU in April 2017 by 15 percent.