The Electoral Commission (EC) has criticised the National Democratic Congress’ (NDC) decision to air its grievances with the ongoing voters register exhibition exercise via a press conference.

The EC in a statement said, “the allegations [raised by the NDC at a press conference] were calculated and targeted at creating an erroneous impression about the EC and causing disaffection between its leadership and the general public.”

The NDC at the press conference on Thursday said the EC’s failure to provide them with a provisional register, change of codes of polling centres without consultation, absence of expected numbers of registered voters in polling stations, among others, pointed to a “well-calculated plan to create this confusion.”

But the EC remarked that the NDC should have used more appropriate channels to voice its concerns.

“Like all other political parties, the EC would have expected the NDC to use dialogue channels open or available other established lines of communication to address their concerns. It is unfortunate that the NDC continues to use mediums of the media to raise concerns which can easily be resolved after deliberations with the Electoral Commission.”

This would mean the EC has until the end of September since the exercise ended in July.

Find below the EC’s statement 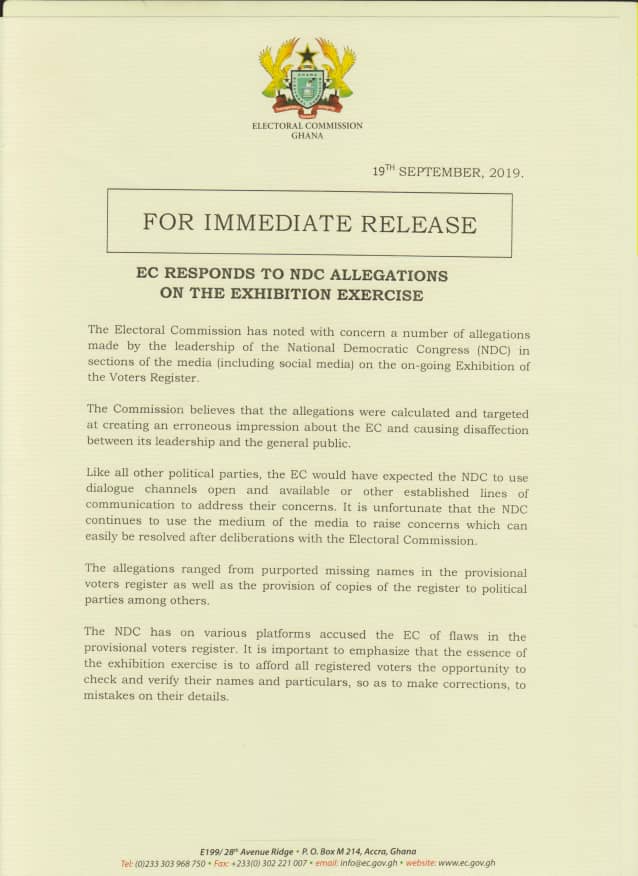 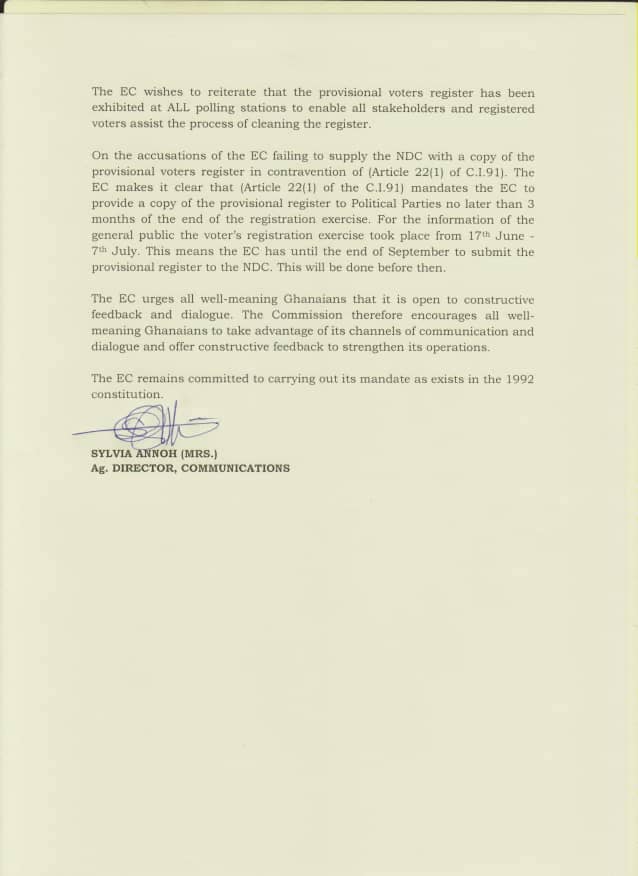 The Exhibition of the Voters Register commenced on Tuesday, September 10 and will end on September 20, 2019.

The exercise is taking place in the over 30,000 polling stations nationwide.

Election Petition: I disagree with the process of trial and ruling of SC – Mahama