The Accra Circuit Court has granted bail in the sum of Gh¢1billion with five sureties to the Chief Executive Officer (CEO) of Menzgold, Nana Appiah Mensah aka NAM1. 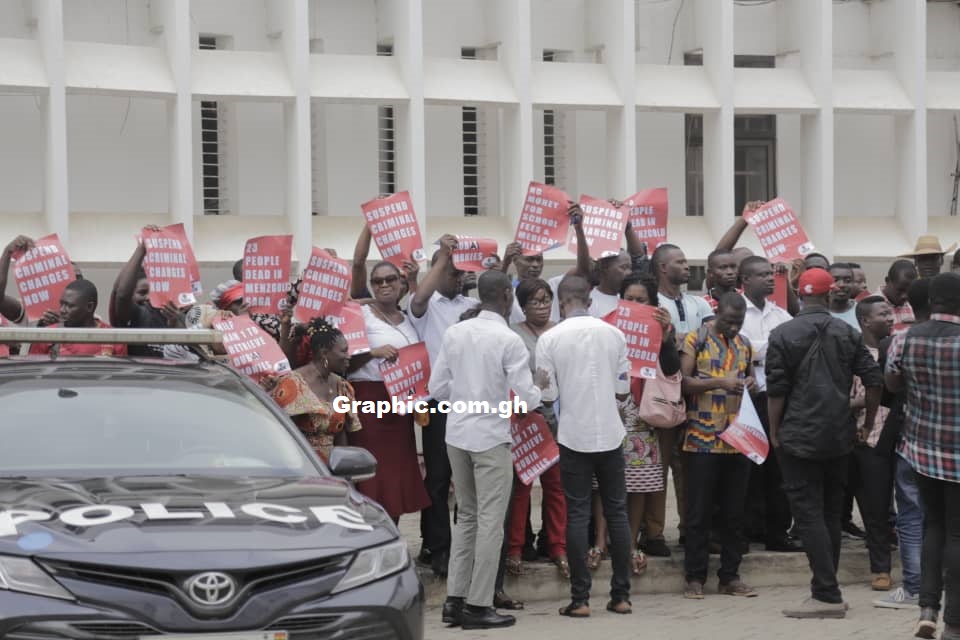 The court, presided over by Mrs Jane Harriet Akweley Quaye, ordered that three of the sureties must provide justification while NAM 1 must also report to the police every Wednesday, reports Graphic Online’s Emmanuel Ebo Hawkson. 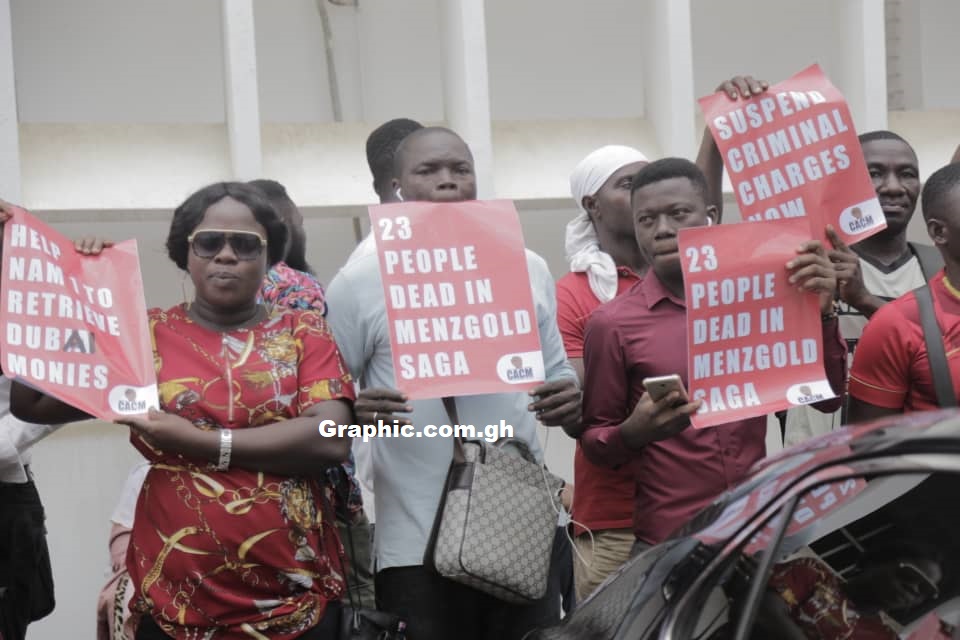 NAM 1 was granted bail after his lawyer Kwame Akuffo, moved a bail application.

Counsel argued that his client was not a flight risk and would always avail himself to stand trial, reports Graphic Online’s Ebo Hawkson who was in the courtroom.

He also prayed the court to take into consideration when granting bail that almost all the assets of his client had been confiscated by the state and, therefore, the court should grant him bail in favourable terms.

NAM 1 appeared in court in a black suit and white shirt looking very quiet and occasionally smiling at lawyers and sympathizers in the courtroom.

Hundreds of customers of Menzgold and sympathisers also thronged the court premises.

They broke into euphoria when NAM 1 appeared; and some of them shouted, “Free NAM1” while others shouted “Give us our money”.

NAM1 is standing trial for allegedly defrauding 16,000 people of GH¢1.68billion in the name of investing their monies.

It is the case of the state that the embattled CEO, who returned to Accra on Thursday July 11, 2019 after months of detention in Dubai in the United Arab Emirates, contravened sections of the Banks and Specialised Deposits Taking Act, 930 and the Criminal Offences Act while operating Menzgold and its sister company, Brew Marketing.

Two of his companies — Brew Marketing Consult and Menzgold Ghana Limited — represented by him, have each been charged with defrauding by false pretence, contrary to sections 20 (1) and 13 (1) of the Criminal Offences Act, 1960 (Act 29), reports Graphic Online’s Mary Mensah in charge of the crime beat.

The two companies have also been charged with carrying out a deposit-taking business without a licence, contrary to Section 6 (1) of Act 930. 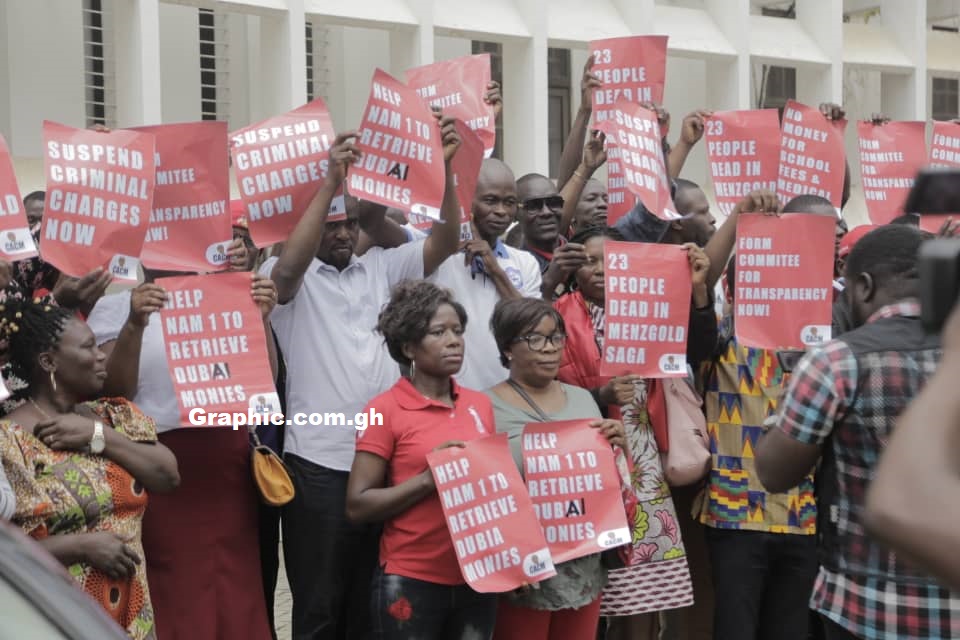 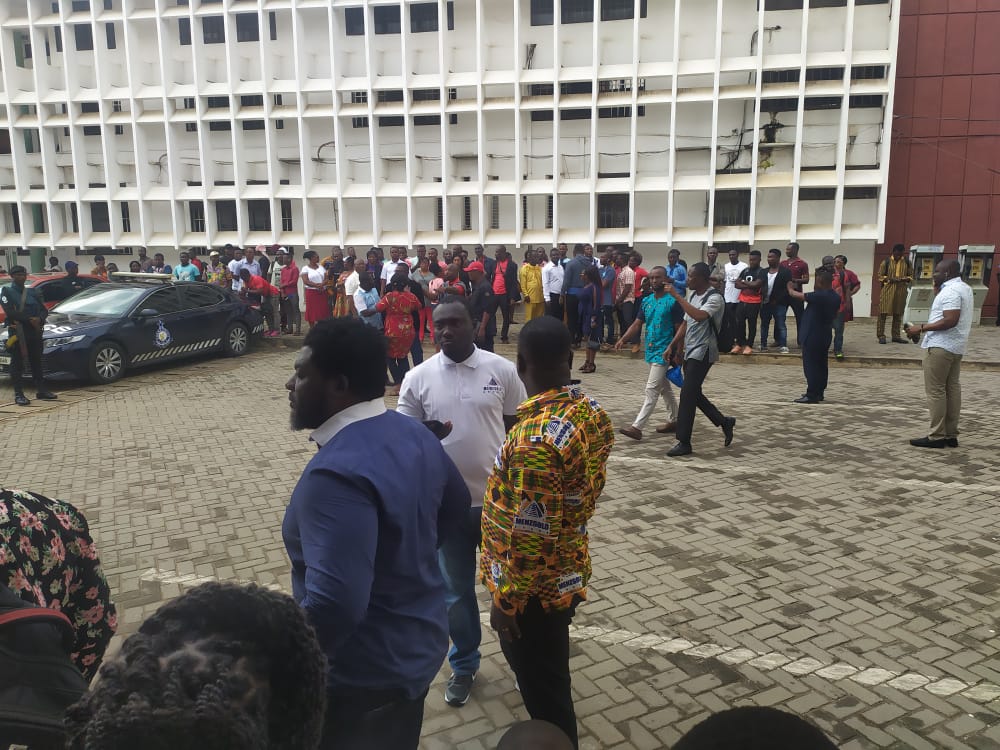