The ban to be slapped on them by the Ghana Football Association will be in compliance with an FA Appeals Committee decision.

Per the decision, the club is supposed to pay its former player, Nathaniel Asamoah the sum of $54,000 as a result of monies owed him as part of an agreement between both parties when the player was transferred to Moroccan side Raja Casablanca.

Asamoah transferred to Raja in August 2015 in a move worth $150,000. Per the arrangement between the player and his former club, he was due 40% of the transfer fee which Medeama has failed to pay till date.

Aside paying Asamoah, Medeama SC is also supposed to pay the Ghana FA the sum of $15,000, representing 10% of the overall transfer fee.

In enforcing an earlier ruling by its Appeals Committee, the Ghana FA has charged Medeama SC to pay Asamoah the above-quoted amount before November 18 or face sanctions.

Among the sanctions include deductions of 3 points for every league match played until the payment is made in full after elapsing of the November 18 date and also a transfer ban (domestic and international). 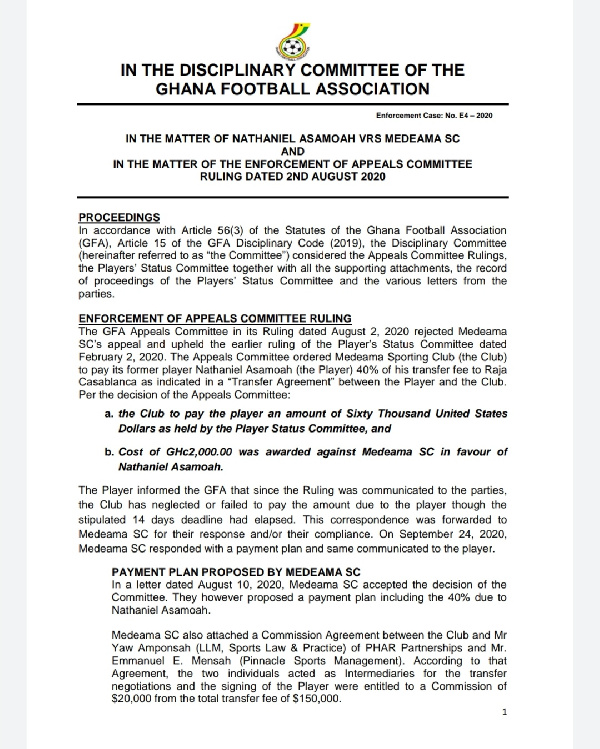 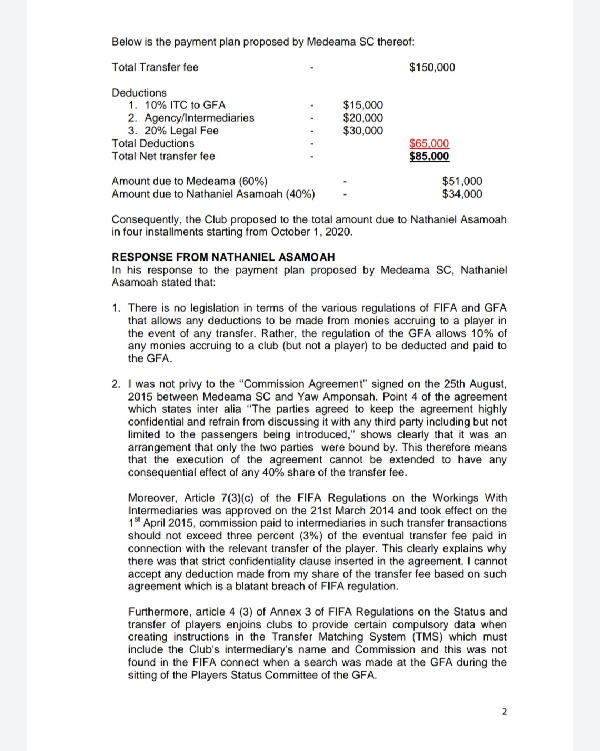 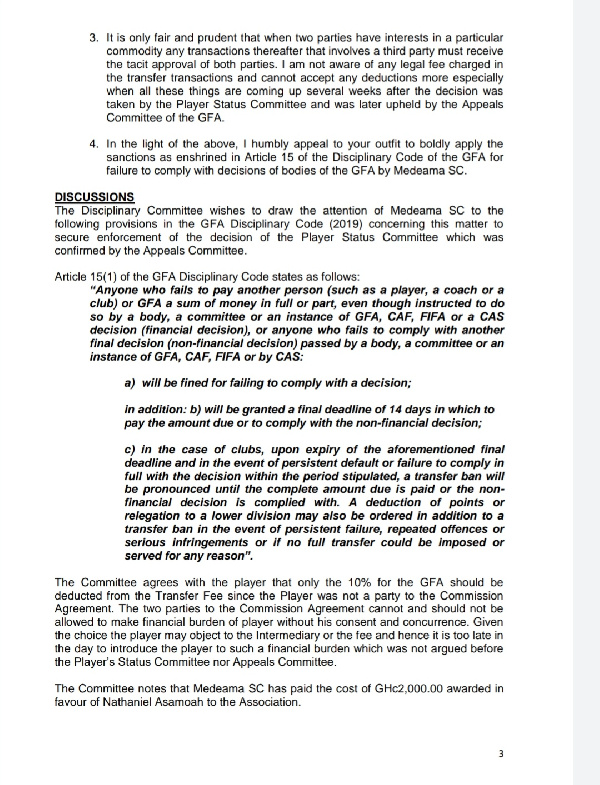 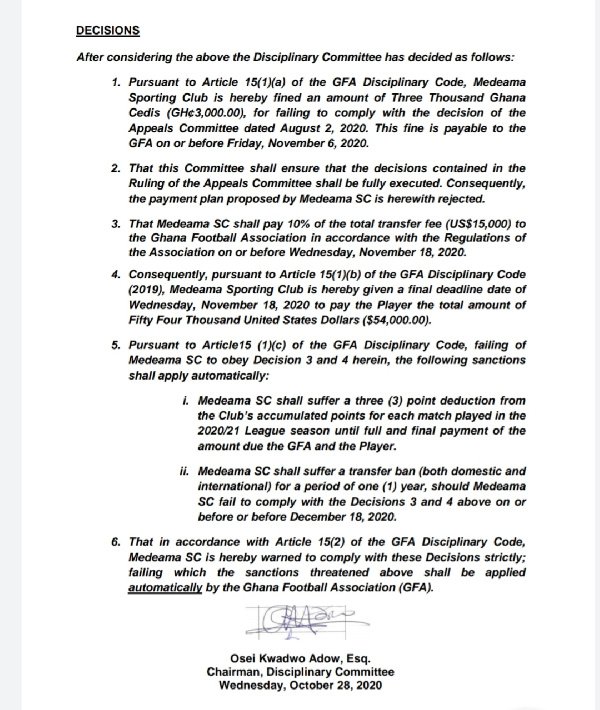