Ashanti Regional Minister, Simon Osei Mensah has urged the National Democratic Congress (NDC) and the New Patriotic Party (NPP) to use the 62nd Independence Day celebration as an opportunity to accept President Akufo-Addo’s meeting to bring an end to party vigilantism in the country.

The President during the state of the Nation’s Address called on the NDC and NPP to meet and discuss ways of eliminating political party vigilantism.

Speaking at the Jubilee Park in Kumasi to mark the day in the region under the theme “Celebrating Peace and Unity”, he pleaded with the two leading political parties to put everything behind them to safeguard the country’s democratic credentials.

“I want to appeal to various stakeholders especially members of the National Democratic Congress and the New Patriotic Party to accept the President’s call for discussions on disbandment of vigilantism in in our body partisan politics which poses serious threat to our globally acclaimed democracy,” he said.

The regional minister who was the reviewing officer also used the opportunity to applaud President Akufo-Addo and the imminent Chiefs for bringing peace to Dagbon.

“As we celebrate our 62nd Anniversary celebration under the team Peace and Unity, permit me to congratulate President Akufo-Addo for taking the bold step for bringing peace to Dagbon and the great role played by the eminent Chiefs.”

The celebration in Ashanti Region was organized by the regional co-ordinating Council in collaboration with Kumasi Metropolitan Assembly, which had security officers, school children and some voluntary organizations marching. 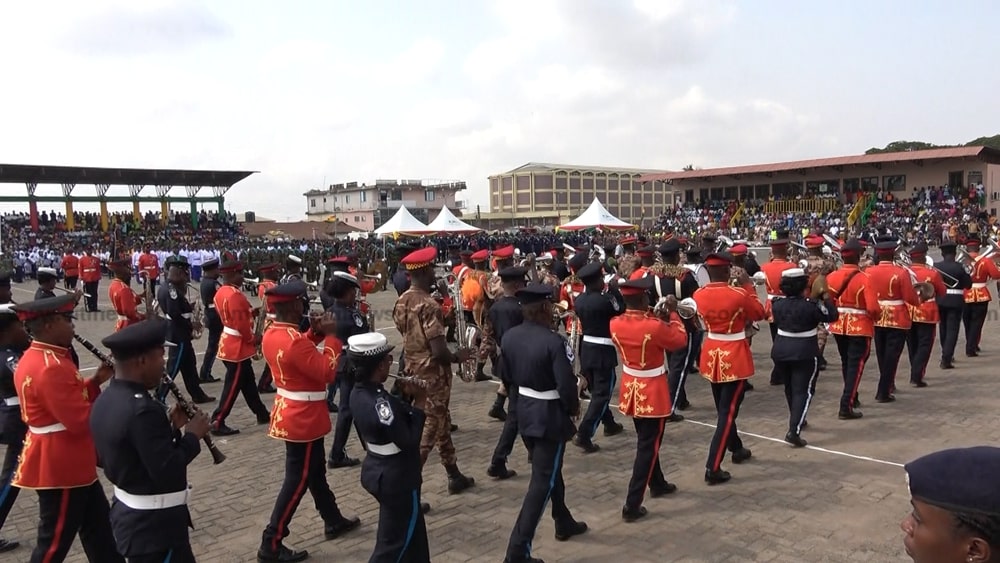 President Akufo-Addo has given strong indications of his commitment to rid the country of all forms of political violence.

He said the concept of political violence is shameful and offensive and must not be seen to be characteristic of the country’s democracy.

Delivering his address at the 62 Independence Day anniversary parade in the Northern Regional capital Tamale on Wednesday, President Akufo-Addo said although multiparty democracy embraces divergent views, it must not degenerate into violence.

He said while some have tried to make a case for dictatorship and authoritarian rule, he believes that democracy has proved to be more stable for the country.

“Under a multiparty democracy, there will necessary be a divergence of opinions, indeed democracy thrives on debates, on passions, on arguments and sometimes even on raised voices. In the midst of the arguments and raised voices, there is and must always be mutual respect for the opposing viewpoints.”

“Under a multiparty democracy, we must have elections that will invariably be keenly fought. There is no room and there should be no room for violence in this whole process,” added the President.