Michael Owusu Addo has taken to his Twitter page to lecture the organizers of Vodafone Ghana Music Awards, Charterhouse on how they should have organized their event.

According to the BET Award winner, they (Charterhouse) created an ‘unprotected environment’ where emotions of fans and artistes could be tested adding that such things are not done in anywhere in the world.

“As much as award nights are meant to celebrate artists, it stirs up a lot of emotions and therefore you wanna create the right environment to contain that.”

“Charterhouse sells tickets for award show which is wrong ( but I only understand due to lack of funds to put up a top-notch event like the vgma ) but it still doesn’t make it right. Cos to have our fans in the same building with us receiving awards you know that could go left.”

“Caf awards don’t open to the public so if you are a football fan, you can cheer from home and when you disappointed, you can deal with that at home too. We have our free will on how we react but you don’t create an environment to test people’s emotions … not everyone can take that.”

“Grammy tickets are not available to the general public. Nominees are given tickets to attend the awards show. The rest of the members has the ability to purchase tickets. However, they generally sell out in less than a minute.” 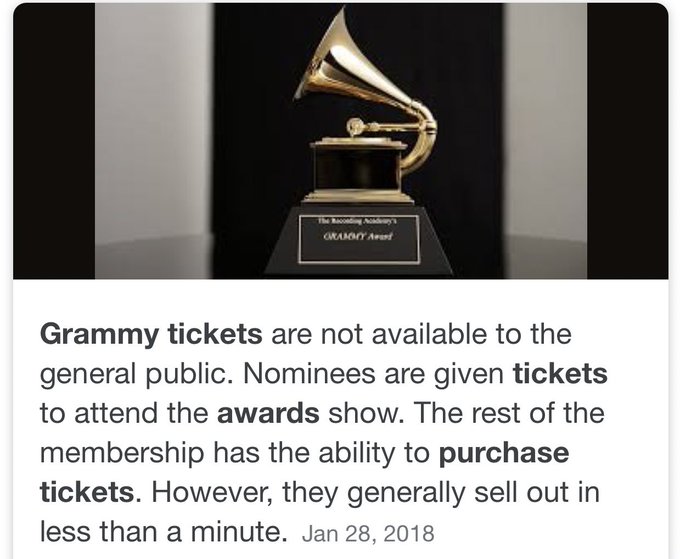