Facebook Twitter Google+ LinkedIn StumbleUpon Tumblr Pinterest Reddit VKontakte Odnoklassniki Pocket
The teenager’s scoring form puts him within striking distance of becoming the competition’s youngest scorer ever, should he find the net.
Ansu Fati could beat Peter Ofori-Quaye’s record as the Champions League‘s youngest scorer this season, and he has a chance to do so against Borussia Dortmund on Tuesday.

The 16-year-old is in line for his debut in Europe’s elite club competition having made Barcelona’s 22-man squad for the showdown against Lucien Favre’s men in Westfalenstadion.

Smile, and the whole world smiles with you 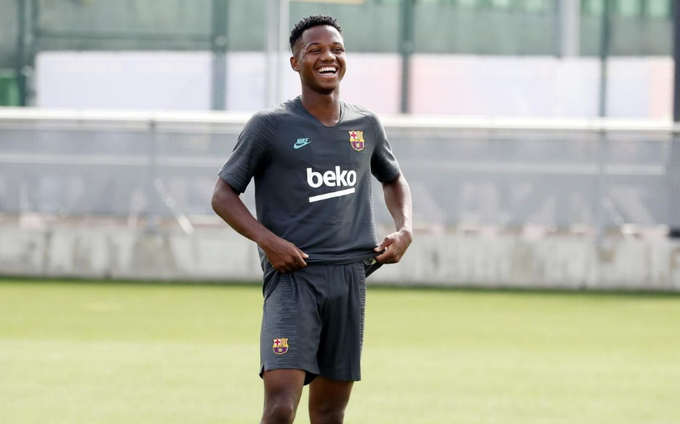 And should he find the target, he will eclipse the Ghanaian’s feat. Ofori-Quaye was aged 17 years and 195 days for Olympiacos against Rosenborg in October 1997.

Still 16 years and 322 days when Blaugrana begin their campaign in Germany, the Guinea-Bissau prodigy has almost the entire season to achieve this feat should he fail to score against Die Borussen.

Fati scored and set up Frenkie de Jong in the Spaniards’ 5-2 trouncing of Valencia in Saturday’s La Liga clash.

The road to power passes through Ashanti – Manhyia warns Mahama

Dead TaTakoradi girls: Ruth is alive and was spotted at Sowutuom in Accra – Family claims