The shirt numbers of the various Black Stars players have finally been revealed ahead of the forthcoming Africa Cup of Nations in Egypt.

The four-time tournament champions, who ended their pre-tournament preparations without scoring a single goal in the two friendly matches have unveiled jersey numbers for the prestigious tournament.

Ghana will begin the competition against the Squirrels of Benin before facing defending champions Cameroon. Ghana will later play the final group game against Guinea-Bissau at the Ismailia Stadium.

First choice goalkeeper for the team Richard Ofori will wear the Number 1 jersey with the two other goalkeepers, Felix Annan and Lawrence Ati Zigi grabbing the Numbers 16 and 12 jerseys respectively.

Check the numbers below; 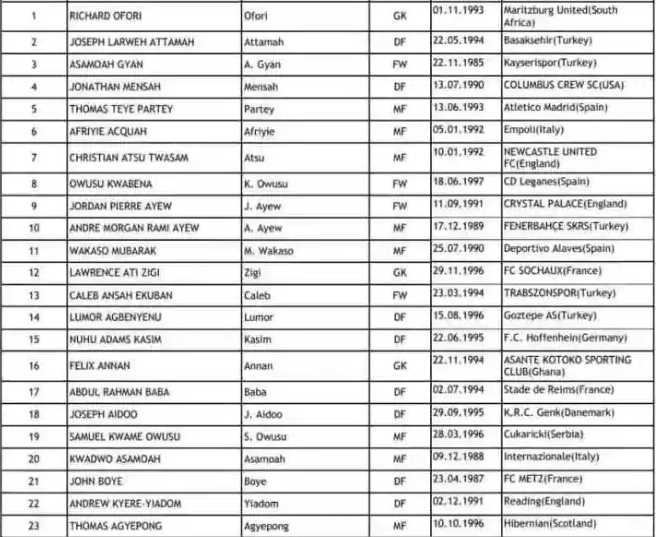 Ghana are seeking to win their first title in 37 years, having won their last title in 1982.

Kwesi Appiah’s side have come close to ending their drought at the last six tournaments, having reached the semi-finals, and even going as far as the final in 2010 and 2015.