A factory under construction in the Tano North District in the newly created Ahafo Region intended to produce bricks for housing and related projects is near completion.

The factory which is under the Government’s flagship project, One-District-One-Factory (1D1F), is about 85% complete, with the remaining 15% expected to be completed in two weeks’ time.

What is left for the project to be completed is the roofing of the buildings on site which contract has been awarded to Metallex.

Owners of the brick factory, Rhovanni Royal Limited, told the National Coordinator of the 1D1F project, Mrs. Gifty Ohene-Konadu, that they are on track to commence operations in the second quarter of the year.

“I can confidently tell you that we have completed about 85% of the project. The only thing left is the roofing works which have been awarded to Metallex. All the machines and equipment needed to operate have also been procured and will soon take delivery of them”, noted Carl Christian Lokko, CEO of Rhovanni Royal Limited.

The CEO said this when Mrs. Ohene-Konadu toured the project site to have first-hand information about the level of progress of the brick factory.

Tanoso is notably known for its abundant clay, a raw material that the company is banking its hopes on to produce bricks for the housing and construction industry.

The company has so far acquired 37.79 acres of land which it will depend on for the supply of the raw material to feed the factory.

It is also in the process of acquiring further 80 acres of land to augment what it has already acquired.

Mr. Lokko believes that the acquisition of land will sustain the company to be in business for more than thirty (30) years. 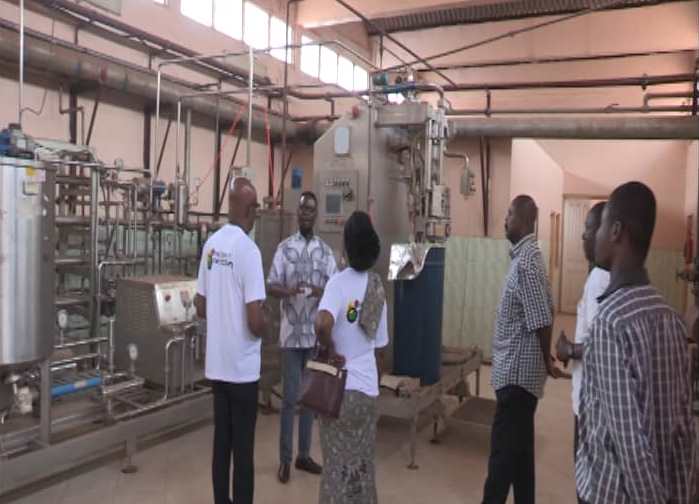 “Clay which is the raw material we are going to depend on is in abundance in Tanoso. The 37.79 acres of land we have acquired can keep us in operation for more than thirty years and we’re still in the process of acquiring a further 80 acres of land. So, it tells you how prepared we are to run and sustain this business”, he added,

The factory, he added, will produce 125 tons of bricks a day when operating at full capacity.
However, Mr. Lokko said the company will first operate only one line when it commences production and gradually roll out the remaining three in some few months’ time.

The company is expected to generate direct and indirect employment to 1,800 people. 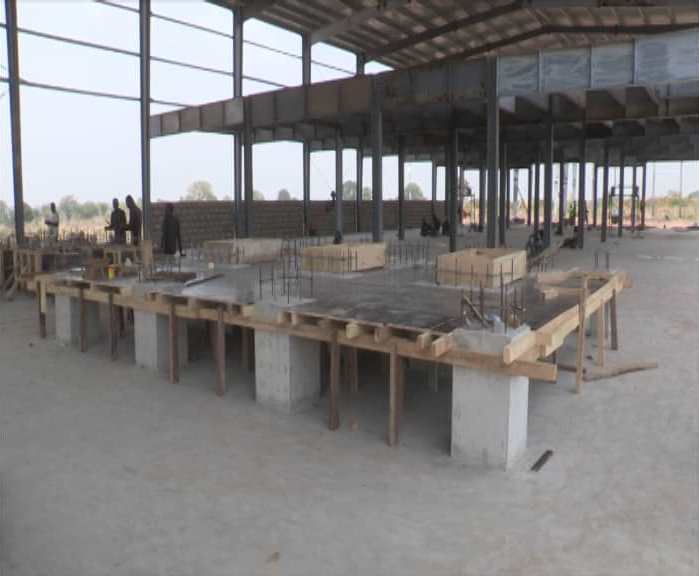 Mrs. Ohene-Konadu commenting on the project said government is not in a haste to commission projects under the 1D1F program but will take it’s time to ensure that all those factories have good foundations.

“In constructing a factory, if you don’t do it well, it won’t last. Therefore you have to get the foundation right and I am happy for Rhovanni for laying a good foundation where the equipment will be mounted”. 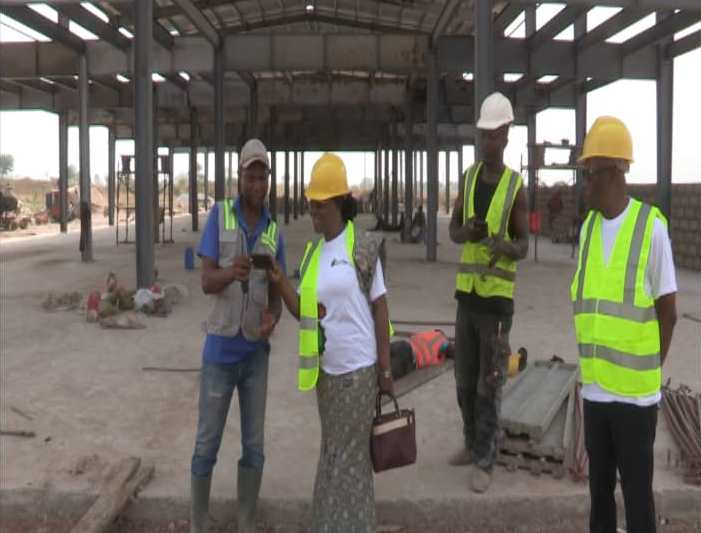 The project, she noted, is being supported by the EXIM Bank of Ghana.

The 1D1F National Coordinator also toured some project sites in Techiman and Atebubu-Amantin District in the Bono East Region where works are ongoing to inject life into an abandoned puree processing factory while also ensuring that a starch factory which is going to be managed by Webcon Engineering limited, comes on stream to address the unemployment situation in those areas.

Mr. Wil Aparloo Ofori, CEO of Techiman Processing Complex Limited (TEPCO) told Mrs. Ohene-Konadu how grateful they are to the government for reviving the puree processing factory which has been abandoned for over five years now.

According to him, once the company is in operation, it could process about four or five tons of raw materials supplied to it. The company, he added, will also give direct employment to about 100 people who will be running two shifts on daily basis with a further 1000 people expected to gain employment in the supply chain.

Mrs. Ohene-Konadu commenting on the puree processing factory said “TEPCO already has the plants and equipment to be in business so we’ll not sit down for it to be a white elephant. Because of that GCB has approved some funding for them to start all over again. They have also got some improved seedlings to boost their raw material base. They will process tomato, mango and watermelon during the respective seasons of those fruits”.

At Atebubu-Amantin where a 300 tons starch factory is under construction, Mrs. Ohene-Konadu said she was hopeful the project will be completed on the scheduled time for production to commence.

Source: One District One Factory Secretariat